The Spinner's Book of Yarn Designs

The Spinner's Book of Yarn Designs: The Techniques for Creating 70 Yarns by Sarah Anderson 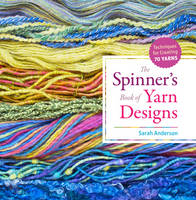 What can I say?  This is a wonderful book that does exactly what it says on the tin. There are clear directions with great photographs which take you through washing and preparing fleece. It shows you how to card using hand and drum carders;  how to comb and how to use a diz. Every stage of fibre preparation is explained.

It covers pretty much every yarn you could possibly want to spin and includes lots of different variations you can make by altering tension/twist/plying method etc. There are sections on core spinning, making singles, boucle,  crepe and cable yarns. It covers how to include beads, make slubs and coils. With this book at your side you could spin almost any kind of yarn and understand the mechanics of how the various yarns are made.

There's a great section on twist and using different twist direction and angle to create both balanced and energised yarns. It even has a section on yarns for weaving and why they can be different to kntting yarns.

The book is beautifully laid out with lots of clear colour photographs for every stage. It really is a beautiful book.

Now I have a lot of spinning books, from Mabel Ross' seminal Essentials of Yarn Design for Handspinners to Judith McKenzie's The Intentional Spinner and all of these books are useful, but this book, for me, is a book that every spinner will want to have in their library.  It's the kind of book that you will refer to over and over again, that you can dip into if you want to create a specific yarn, or that you could use as a guide and work through from beginning to end and expand your spinning repertoire.  It is full of technical information, presented in a way that is easy to understand. This is a book that will suit both the beginner and the experienced spinner. There is something for everyone in this book.  I cannot recommend it highly enough.  It's going straight on my Christmas List!  I also think that I'll get a copy for my spinning group - I can see it being very useful as a resource for the group.

I had a digital proof of this book via NetGalley from the kind people at Storey Publishing for which I am immensely grateful.

The Spinner's Book of Yarn Designs by Sarah Anderson was published by Storey Publishing on the 1st November 2012 and costs £17.99 in the UK.
Posted by Pat at 4:38 PM No comments:

Standing in Another Man's Grave by Ian Rankin.

I can't have been alone in doing a little happy dance when I heard that Ian Rankin had turned to his most famous detective creation for his latest book.  Not that I didn't enjoy The Complaints or The Impossible Dead; Not that I didn't like Malcolm Fox, because I did.  But I love John Rebus.

And reading this book was like putting on a pair of comfortable old shoes - no irritating little blisters, no stiffness to be worn in (can you tell I spend a lot of my day on my feet!) - this was sheer pleasure all the way.

Since we last met Rebus on the day he retired, he's come back into the force in a civilian capacity, assisting the cold case squad.  He hasn't changed - still drinks too much, still very much alone, still a maverick with a healthy disregard for authority.

So the plot is about a young girl who goes missing on her way to Inverness from Edinburgh. Trouble is she's the step-daughter of a local crime lord and he's not a happy man.  Then a woman contacts the cold case squad to alert them a series of similar disappearances including the woman's daughter ten years before. It seems several girls have disappeared along the same A9 road through Scotland and in each case a photograph has been sent to someone from their mobile phones.  With a little assistance from Siobhan, Rebus manages to get himself attached to the investigation.  But is there room for an old-style copper like Rebus in today's slick police operation, headed by a new generation of bright young things?

Meanwhile, it seems that Lothian Police have raised the retirement age for their police officers, meaning Rebus is free to reapply to join the force.  Malcolm Fox is convinced that Rebus is a wrong un, and that he should never be allowed to return. Rebus' relationship with his old nemesis Big Ger Cafferty is just one of things that Fox finds distasteful.  So can our favourite detective convince Fox that he's on the level. Can he return to the job he loved, and does he really want to?  Basically the question is - where does an old dinosaur like Rebus fit with the new shiny face of modern policing where solving crime is done by computer. Is there room for a dangerous maverick like Rebus and his old school style of detection which involves talking to a lot of people, shaking a lot of trees and seeing what falls out?

Oh and you know what else I loved about this book - the endpapers. (I do have a bit of thing about endpapers)  I had a proof copy and they'd used this image inside the dustwrapper so it wasn't until the book arrived in the shop that I was sure they had used them as the endpapers. It's a map of a relevant part of Scotland with added bloodstains - very effective. Here's a photo - 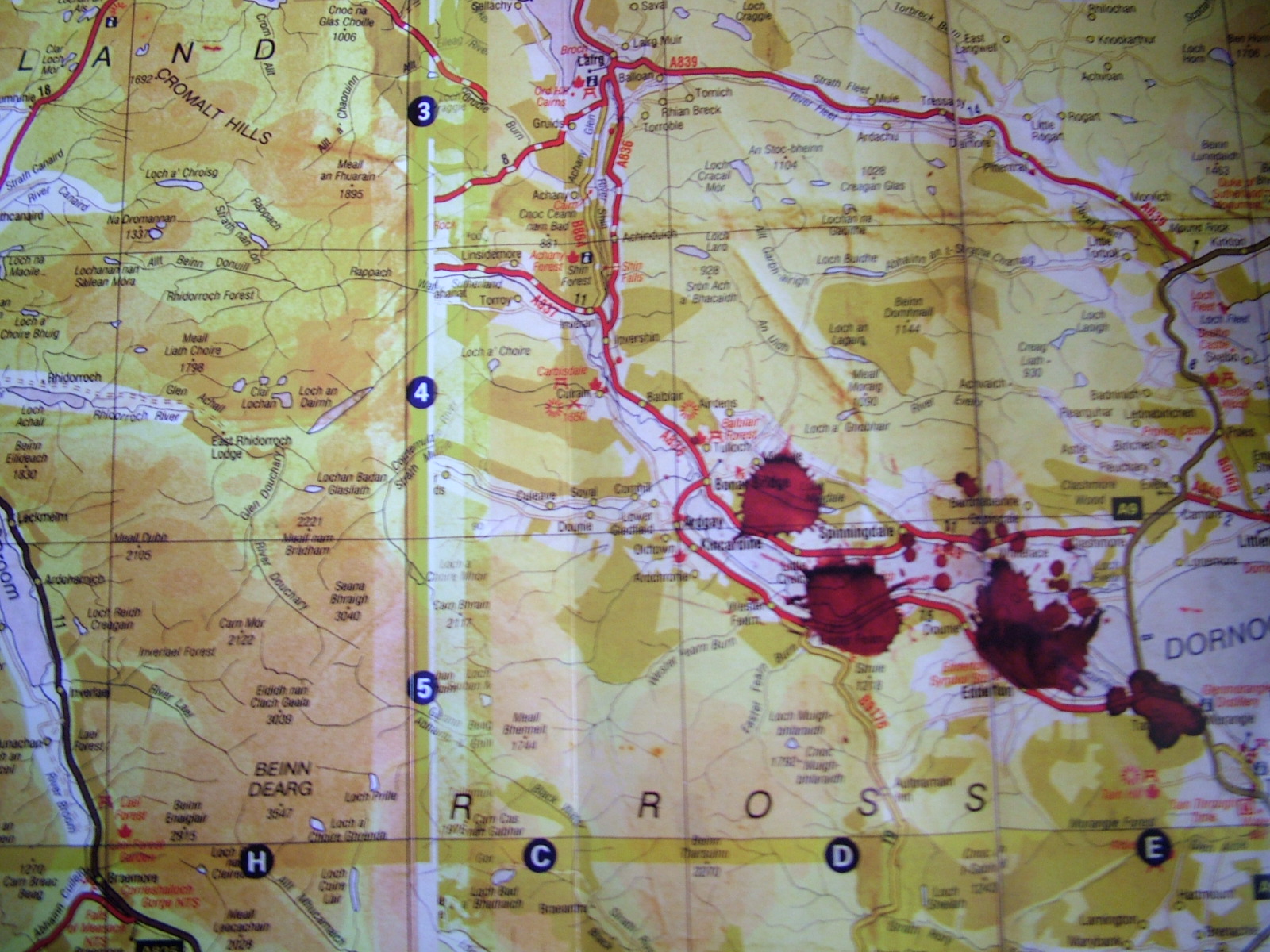 I was reading a proof of Standing in Another Man's Grace by Ian Rankin, for which I must thank the good people at Orion.  The book is published on Thurday 8th November.
Posted by Pat at 8:54 AM No comments: