A meme I have pinched from the lovely Dee at Posh Yarn.  I hope she doesn't mind.

Reading -  Shoeless Joe by WP Kinsella. This is the book that Field of Dreams was based on and it is my favourite film though I'd never read the book until now.  I'm loving the book.

Watching - Sons of Anarchy (Season 5) This season is very dark, much darker than previous series but I still love it.

Knitting - resisting the need to knit festive gifts for people - it's only the start of November and I don't have anything else to do right through till Christmas, do I?

Listening - Diversions Vol 3 - Songs from the Shipyards by The Unthanks. I saw them perform this live on Sunday night in Stratford and it was amazing.

Wanting - to move house and dreading the amount of work that needs done here before we can sell.

Thinking  - that I miss Bubba and keep expecting him to be there right behind me in the kitchen when I'm cooking, but mostly I miss walking with him in the mornings.
Posted by Pat at 4:03 PM No comments: 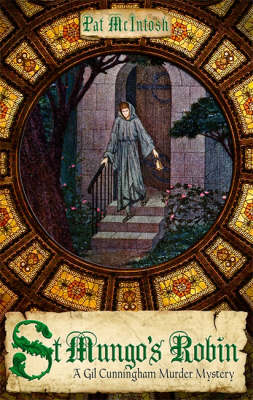 This is the fourth in a series set in Medieval Glasgow and features a young lawyer called Gil Cunningham.  Gil is beginning to get a name for himself as an investigator of murders and he works with his soon to be father-in-law Pierre Mason. Normally his fiancee Alys helps too but on this occasion she is busy preparing for their forthcoming wedding.

The warden of an almshouse is found dead in the almshouse garden, having been stabbed. Gil is asked to solve the murder which is nowhere near as simple as it first appears.  Was the man killed by one of the elderly residents or was it something connected to his life outside the home?

What I like about these books, apart from the characters of Gil, Pierre and Alys who are great, is that it gives you a very authentic sounding picture of Medieval Scotland. The laws of property and inheritance in Scotland at that time were very different from those in England and this casts a whole different slant onto the books. I find the historical detail fascinating and extremely interesting. The position of women in this world is a precarious one as is evidenced by some of the plot twists. Choices for women were extremely limited in what was a very rigid society. McIntosh is not overtly judgmental about this state, but highlights the plight of women subtly as part of the story.

I've read all of the previous three books and I must say that as the series progresses and the characters change and grow I am liking it more and more. She's easily up there with more well known Medieval authors like Ariana Franklin, Michael Jecks or Susanna Gregory.  One criticism, and this is a small one. I'd like a map of Glasgow at the time.  I've read all these in paperback, maybe there's a map in the hardback editions, but not in the paperbacks. I'm familiar with bits of Glasgow, know some of the places mentioned but can't quite reconcile my modern Glasgow with the old city that exists in these pages.  Anyway I happen to be a big fan of maps and I'd like one here.  I know I could go and find one on the web, but I don't, and anyway I'm not always reading where I have access to the internet.

The series as a whole is now up to nine books, so I really should try and catch up!

St Mungo's Robin by Pat McIntosh is published by Robinson and is available in paperback from all good bookstores and as an e-book. I read the paperback edition.

I bought this book with my own hard-earned cash.
Posted by Pat at 7:04 AM No comments:

This is an especially hard post for me to write as will soon become clear to you all. 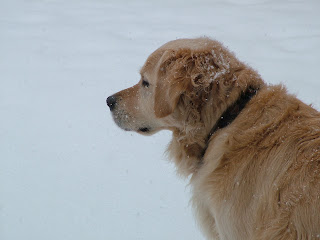 Today we said farewell to our much loved dog, Bubba. 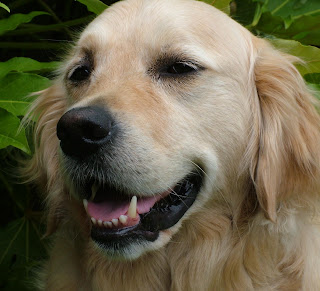 He had been going downhill for the last couple of months, but the rapid onset of blindness in both eyes led to a diagnosis of multiple myloma.  We were able to bring him home from the vet and spend a few days with him before he was put to sleep this afternoon. 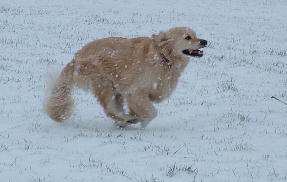 This was very hard for us.  He has been a faithful companion and vital part of our family for more than eleven years, showering us with unconditional love and many doghairs. He was without doubt the loveliest, best-tempered dog you could hope to meet, always wagging his tail, always looking for someone to rub his ears. Even the surgery he had on both of his knees did not faze him.  We have many happy memories of wet and muddy walks and wild and windy trips to the seaside. We're glad we had the privilege to share our lives with this brave and remarkable dog. In the end the only thing we could do was to ease his passing and ensure that he did not suffer any pain.