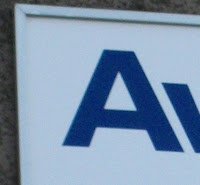 Yes it's that time of year again when I dish out the annual Mysterious Yarns Books of the Year Awards.

I'd have to say that the quality of the books I've read this year has been very high. There have been one or two duffers of course but in general I've been pleased. I've even liked some of the Booker shortlist.

Fiat Punto Award for the Book Hurled into the Back Seat with most Vehemence goes to - Library of the Dead by Glen Cooper. Not a crime novel at all really, though there is murder aplenty, not a convincing thriller, not even really about a library and very badly written to boot. Unsurprisingly there is a sequel, called Book of Souls. Guess what - I shan't be reading that.

The I Can't Believe I Paid Good Money For That Award (nominations in this category must be books I actually paid something ressembling the cover price for (342 or staff discount notwithstanding) goes to Sweet Smell of Decay by Paul Lawrence. Quite the most unpleasant protagonist in a novel this year - ignorant and self important, not someone you'd want to spent any time with. Billed as the First Chronicle of Harry Lytle, one can only hope that it is also the last. Also the title was so unmemorable that every time I've had to write about it anywhere I've actually had to go and look it up to see that it was called.

Enough of the whinging, on to the good stuff.

Favourite Crime Novel of the Year - Salt River by James Sallis, final part in the outstandingly brilliant Turner trilogy. What can I say. It made me cry. I loved it and didn't want it to finish. I'd say you should rush out and read these but sadly the first part of the trilogy, Cypress Grove, seems to be out of print in the UK at the moment. Someone at No Exit Press needs a nudge I think.

Favourite Non-Crime Book of the Year - The Children's Book by AS Byatt. This was a big surprise to me. I'm famed for my dislike of Booker nominated stuff, but I'd just read The Little Stranger and I was on a bit of a roll. This was another book that I just couldn't put down. It was a sumptuous book filled with beauty and style and wonderful prose. It wasn't perfect, rather losing it's way towards the end, but on the whole still a wonderful book. It may not be to everyone's taste, but as it's out in paperback this week I'd recommend that you give it a try.

And finally there are the Honourable Mentions - some books that made my year and deserve a bit of praise.

White Nights and Red Bones by Ann Cleeves - loving this series, can't wait for the fourth book at the beginning of February.

Rain Gods by James Lee Burke. A beautiful, heart-rending epic tale that people were likening to Cormac McCarthy. Let me tell you that Cormac McCarthy could only write an ending like that in his dreams. Not that I'm biased.

The Girl Who Played With Fire, by that Swedish bloke everyone keeps talking about. Enthralling and fast-paced, hard edged and Scandinavian. Bizarre that I like this but I do.

The Crossing Places by Elly Griffiths. I liked this when I read the proof which was handy because they quoted my review in the paperback edition, prompting me to leap about in Waterstones in Nottingham waving the book at Pete yelling "Look, look, I wrote that!" Quite one of my moments of the year.

So it's been a good year for reading. I managed to dodge almost all books set in Edinburgh, though I did enjoy The Complaints from Ian Rankin. On my TBR pile I have books set in St Andrews, Glastonbury, Canada and Hong Kong so I'm planning to be quite the gadabout this January.

I'm going to range far and wide this year and will be doing some time travelling as well.
Currently I'm in Alexandria, though I expect to be in Rome before I turn too many more pages. Simultaneously I am in Civil War period Virginia. It's looking like it might be another good year.
Posted by Pat at 5:28 PM