I just had a most unexpected phone call from my Aunt, who lives in Aberdeen. We had kind of lost touch with that branch of the family since my father died, but my Aunt found a bit of paper with a phone number while clearing an old handbag and rang it on the off chance. It was lovely to hear from her and to know that they are all doing well. It must be seven years since we last met, which would have been at my father's funeral. It was quite out of the blue but a nice surprise.

I've been making the most of my days off. Yesterday I went to the fantastic Fabric of Myth exhibition at Compton Verney. Some of the exhibits were truly stunning. My favourite was a weaving of Three Fates, commissioned by Henry Moore and woven by Pat Taylor and Fiona Abercrombie. The quality of the workmanship was amazing. I would have to admit to being a little baffled by some of the contemporary exhibits, but the early ones were amazing.


Today I have been sewing. I made a skirt for my holiday from this fabric - 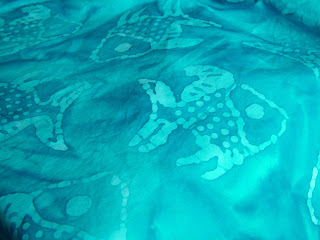 As soon as I saw it I knew it had to be a sarong-type skirt to wear on the beach. Just looking at it makes me think of dabbling my toes in the ocean. Proper picture of this tomorrow when there's someone around to photograph it. (Everyone has been out today, hence the progress with sewing etc.) 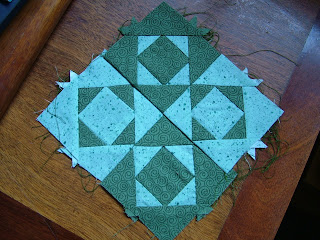 See, I have been busy. Also the washing machine is fixed now so I'm tackling the backlog, though the weather is not proving to be as nice as I hoped. Where's all the sunshine???